Since I went to my first Python Conference in 2013 (coincidentally, one that I kicked off and helped organize with no other references: PyCon Spain) I have been lucky enough to travel to many other conferences around the world, always giving a talk or participating in some way. Some of these events were in places far away from my home town, and these, in particular, brought mesmerizing experiences that I will always remember. After being invited to the first SciPy Latin America in 2015 in Posadas, Argentina and the second Free Culture Festival in 2017 in Bucaramanga, Colombia, it was about time for another groundbreaking trip. And the fifth PyCon Namibia exceeded all my expectations.

And also made my head explode several times.

Burning prejudices to the ground

I first heard from PyCon Namibia in a lightning talk at EuroPython 2016 by Daniele Procida, community manager at Divio and wonderful ambassador. That was three years ago, and I still remember my head exploding with questions ("a PyCon in Africa?", "50 % women attendees? that must be the most diverse PyCon in the world!") while enjoying Daniele's exquisite sense of humor.

From that point, I knew I had to go. But when, and how? Every year I checked PyCon Namibia's website to realize that... could not make it that February. At some point the planets aligned, and I knew 2019 would be that year: I bought my ticket to the conference, donated another one, waited for someone to respond to my inquiry email, and booked my plane. I was going to a tech conference in Sub-Saharian Africa, and I could not be more excited.

But the surprises were just about to start.

All I knew about Namibia came from Wikipedia: a relatively young country, doing reasonably well from an economic point of view, English as the official language (weird)... But suddenly, my population sample of Namibian citizens going back home (leaving aside a bunch of tourists, probably going to a safari) was all white, and I could only hear German and Afrikaans. The idea that maybe people of color in Namibia perhaps could not afford air travel felt revolting, and I just wanted to land and get back to "reality".

There's no picture from my arrival to Namibia. I wanted to avoid distractions from my smartphone and hear, see and feel everything.

Daniele and Adam were waiting for me at the airport, and we had a great time the first two days, which were essential for me to break all the rules: I drank ice, I ate worms, I wore short sleeve, I didn't smear myself in mosquito repellent. Yes: I also felt like a stupid, fearful tourist for not realizing that Windhoek, the capital city of Namibia, is just a normal city, unlike how it's depicted in some "travel recommendation" guides or vaccination leaflets.

Adam taught me an important lesson in Namibia: while talking to him about self-censorship and shitty interactions with strangers on Twitter, and the fact that I had been considering creating a bot that would remove my tweets after some days, he just said: "own your actions". That left me thinking the whole trip, and the result is that I deleted my personal Twitter account and started this blog.

You guessed right: my head was exploding. 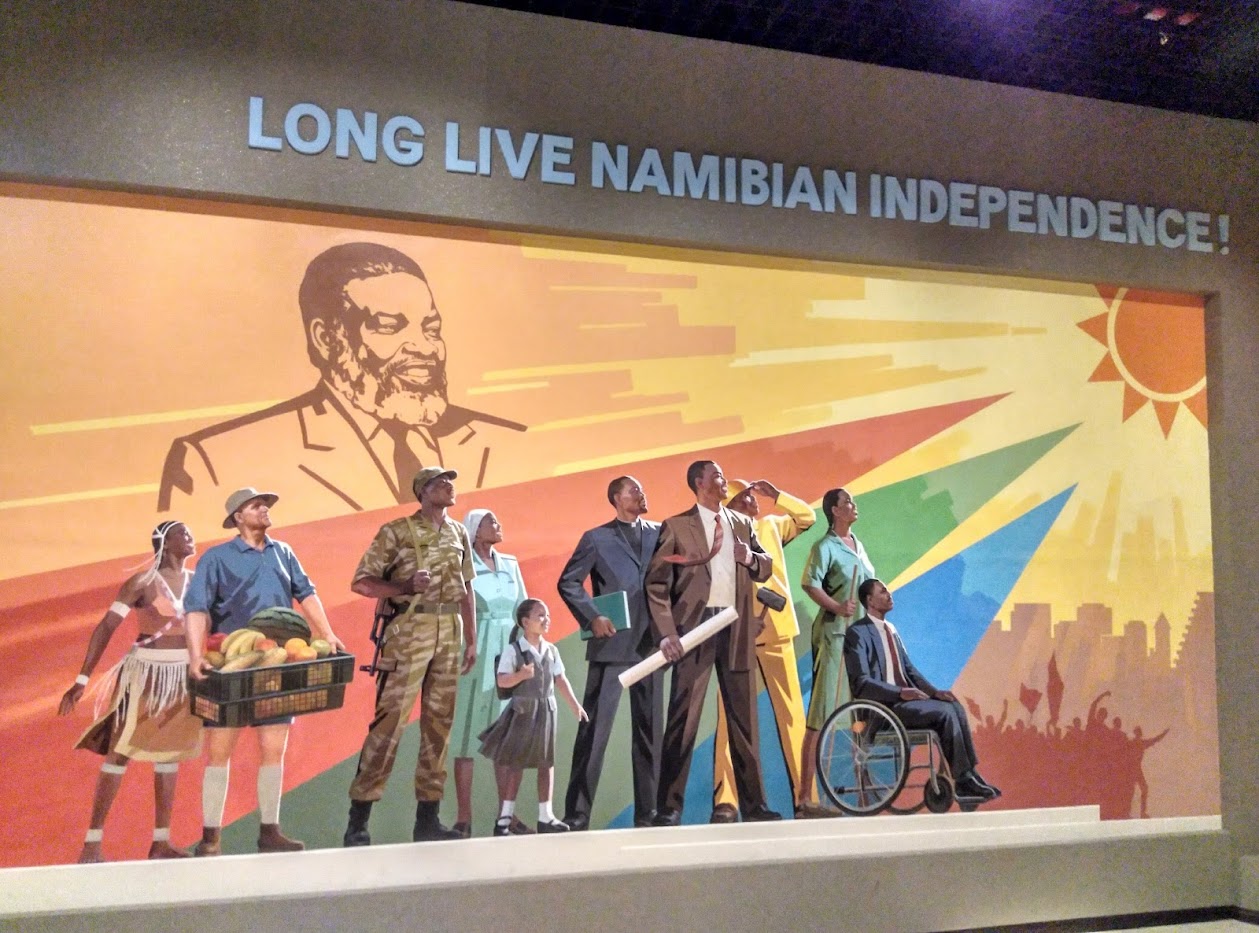 What comes next are my raw (translated) notes from a trip we did the day before the conference. I hope you can forgive my naïveté: I was still a stupid, fearful traveler.

(2019-02-18) "Around 13:00, we arrive in Katutura. I don't understand a word, but there's a great atmosphere. I'm a bit worried about the meat, not sure what to do. Two young girls are eating it without trouble... I might die of diarrhea, but this is delicious.

Barefoot girls, their parents are sewing. Lots of places to shave off and get a haircut, they look like meeting places where people just go and talk. The street market is very clean.

A man uttering something makes us uncomfortable. Do we bother him with our presence? Jessica [our guide and PyConNA co-organizer, more on her later] doesn't seem impressed.

The Sun burns, but the dressmakers need a lightbulb to see what they're doing because everything is covered and a bit dark. Their language is called Otjiherero, from the "Herero" tribe.

Right behind me, a man yells: 'You are limited to grow higher because you have no money!'

The strange man keeps uttering things around us, hitting his chest. The dressmakers are amused. I'm not sure if anyone actually understands him.

'The currency for herero is cattle.'

The dressmakers sweat to the lightbulb while we observe. The dress progresses slowly, layer by layer. Can you imagine that in reality they don't dress like that and everything is a joke to make fun of tourists, easily impressed?

Sandrine has become a local attraction. A man approached to ask how much he likes the combination between the dress and her skin color for a wedding. 'Now we only need a husband.'

15:00 - My hands are stained with clay. The clay with which the women that danced for us cover their body. We didn't understand the rules, or the rhythm, or the language, but we danced with them nonetheless. They explained the clothes they wear when reaching adulthood, when they marry, when their parents die. And they asked the same to us. Meanwhile, lots of children around us were listening with an expression of amazement in their faces, as if all of that was new to them as well. When they were satisfied, the natives shook our hands and left. My hands are stained with clay, and tomorrow I'm going to a tech conference."

There's clay in the notebook as well. I'm glad I stamped my hand in it, so I never forget the feeling.

And finally, the big day arrived. We enjoyed three exciting days learning and sharing about Python, and much more than that. I ended up participating a lot:

Apart from the talks and workshops I gave, it was exciting to have Adam Johnson talking about how to use power law distributions to predict which technologies will still be around in the near future, Ngatatue Mate teaching us how to make music in Python using SuperCollider and FoxDot (really, never had so much fun in any PyCon), Godwin Nekongo eloquently introducing the PyNam Scholars, Adeshola Afolabi describing how to conduct proper A/B testing in Python (perhaps one day I'll get my stats straight and fully understand the whole thing).

What made this PyCon extraordinary to me was the lightning talks. Not because they were funnier than others, but because they were the perfect excuse for the young people in the audience to share their excitement to be there, to learn how to use technology to improve their lives, how skeptical they were about the event before going, how eager they were about going to hands-on workshops to actually code themselves. They eloquently described the struggles of their own country and their will to make their voices heard. I was literally moved to tears. 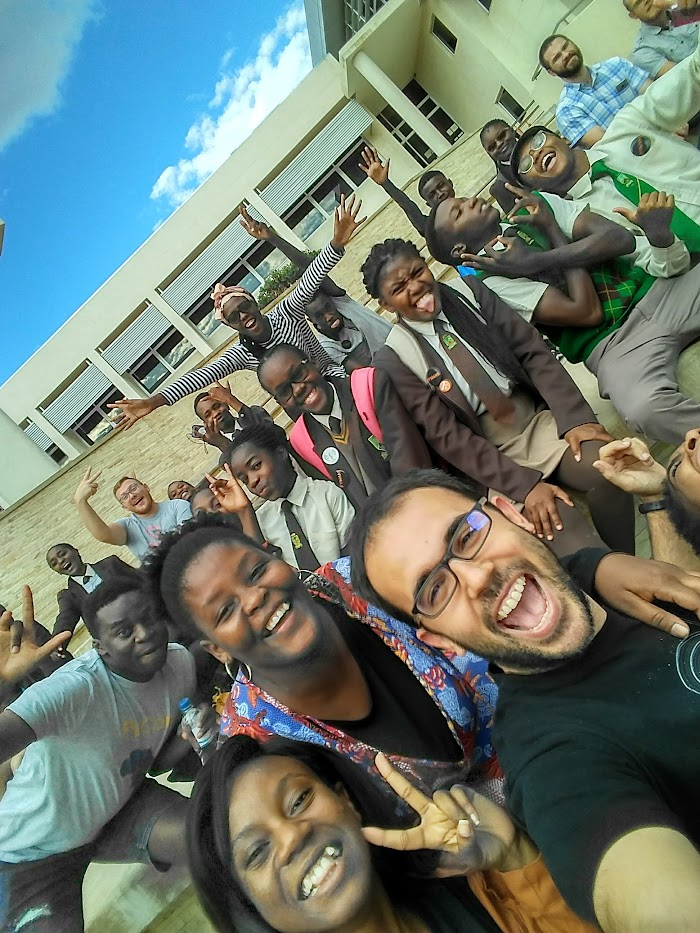 After the conference, I didn't really have time to get bored. We recited poetry. We fed cheetahs and leopards. We pushed a van with an empty tank. I met artists. I felt this combination of excitement and exhaustion that one always has after sharing and learning so much.

If Daniele Procida is the European ambassador of PyCon Namibia, Jessica Upani is the power that drives it. I had the opportunity to meet her in person and understand why some emails took a while to be answered: she was organizing the conference almost on her own. And yet, it was amazing how much positive energy she had and how much their students admired her.

Jessica gave her first talk the last day of the PyCon, explaining how to organize one. And she had only one request: that, two weeks from then, all those interested in making the next edition happen should commit to dedicating as much time as she did (ideally less if more people were involved!) and write her an email. Not earlier, because all this excitement can be deceiving, and make us think we want to work more than we actually can afford after it's gone.

Well, can you guess what day today is?

Get your hands dirty. Lift others. Own your actions. Attend PyCon Africa 2019. Organize PyCon Namibia 2020. 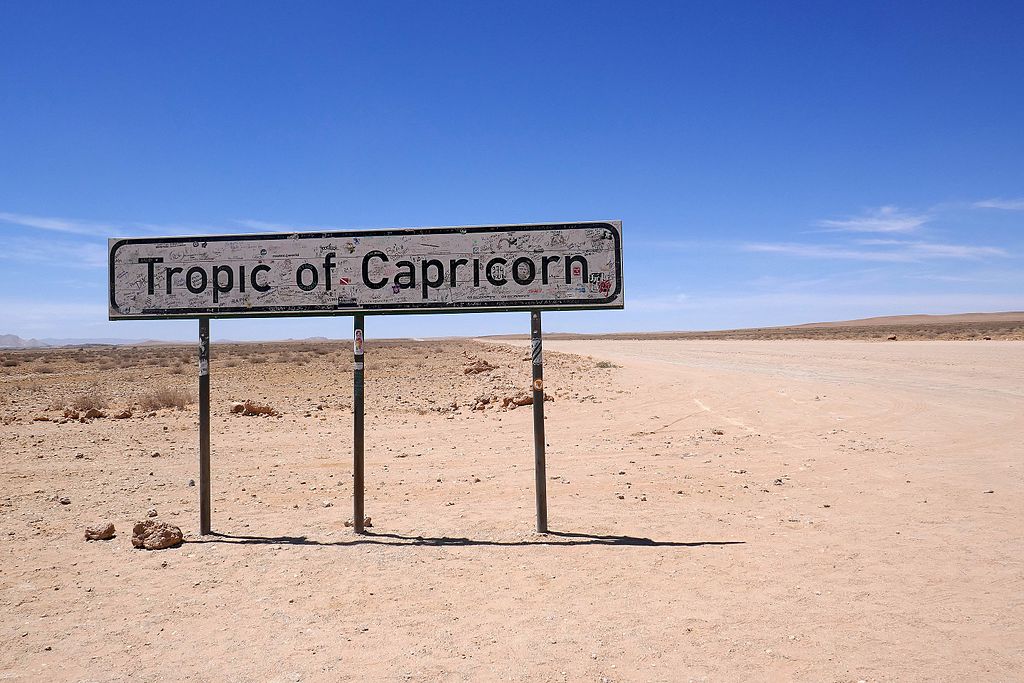 Thanks to Daniele Procida and Jessica Upani not only for giving early feedback about this writeup, but also for their selfless work for this community. They are too humble to recognize their tremendous effort.